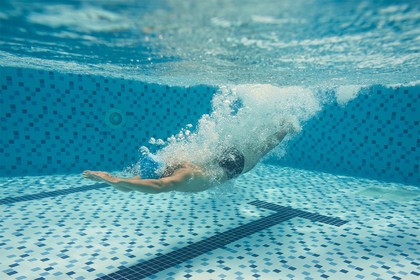 Liquid beach is the familiar household product, whereas calcium hypochlorite—often shortened to cal hypo—is concentrated bleach that comes in a solid granular form, tablets or briquettes.

Both have a simple application process using automated controllers for commercial pools. However, when it comes to cost and effectiveness, cal hypo has several advantages over liquid bleach. “With cal hypo, you will find that pool maintenance does not have to be costly or complicated,” says Ellen Meyer, product safety and government affairs manager, Sigura Water.

Advantages of cal hypo over liquid

Cal hypo products, such as those by Pulsar Systems, have a “three-in-one” advantage that incorporates chlorine, calcium and alkalinity. The product chlorinates, increases calcium to protect plaster, and balances alkalinity to stabilize the pH. As a result, pool water is crystal-clear, bright and sparkling. Liquid bleach, on the other hand, adds chlorine but also contains corrosive salts and staining metals. The resulting higher pH contributes to scaling and cloudiness in the water.

Due to its corrosive hazardous classification code, liquid bleach — which can spill and leak easily — must be transported in bulk tanks or 55-gallon drums, whereas up to 999 pounds of cal hypo may be transported without any hazmat placard.

This translates to a noticeable difference in weight. A 55-gallon drum of liquid bleach can weigh about 530 pounds. “This weight difference can have a big impact,” Meyer says. “It is much easier for staff to move 80-pound pails than 55-gallon drums, and the shipping costs are also much lower.”

That volume affects storage costs. The price tag to store liquid bleach versus cal hypo is higher simply because of the amount. “You get the same available chlorine from a single 80-pound pail of cal hypo as you would from a 55-gallon drum of 12% bleach,” Meyer says, adding that secondary containment to meet the fire codes is also more costly for bleach than for cal hypo because of the larger storage volumes.

How to apply calcium hypochlorite

Each form of cal hypo has its own set of applications and uses . The fast-dissolving granular form is typically used as a fast-dissolving shock. It’s effective at killing algae and bacteria, as well as oxidizing bather contaminants. Granular cal hypo can also be used in smaller, more frequent doses to maintain a 1-4 parts per million chlorine residual. For facilities with a day tank where granular cal hypo is dissolved into a large tank of water and then fed into a sodium hypochlorite bleach solution, managers should take special note not to pre-mix or pre-dissolve granular cal hypo prior to adding to the pool or the day tank.

Another form of cal hypo is the fast-dissolving briquette and tablet. This is typically used in a specialized feeder designed to manage chlorine concentration by controlling the amount of water used to dissolve the tablets.

The third form, slow-dissolving cal hypo tablets, can be used in residential pool skimmers to provide long-lasting protection. These dissolve similarly to trichloroisocyanuric acid tablets and are most often used in small commercial pools, such as those at hotels. Managers should be cautioned not to put the slow-dissolving cal hypo in a trichlor feeder, because the combination of trichlor with another chlorine source can cause an explosion.

Commercial pools often use cal hypo to kill bacteria and algae, and cyanuric acid to maintain pH levels. Chlorine is also an effective algaecide as long as circulation is constant and chlorine residual is consistently maintained.

“If you are looking to get back to basics and doing simple things well, you don’t need to overcomplicate pool treatment with lots of different chemicals,” Meyer says. “Make sure all of your equipment, including your filter and circulation, is working well, and then use a product like cal hypo which does its job of sanitizing, killing algae, oxidizing and clarifying the water without a lot of fuss.”